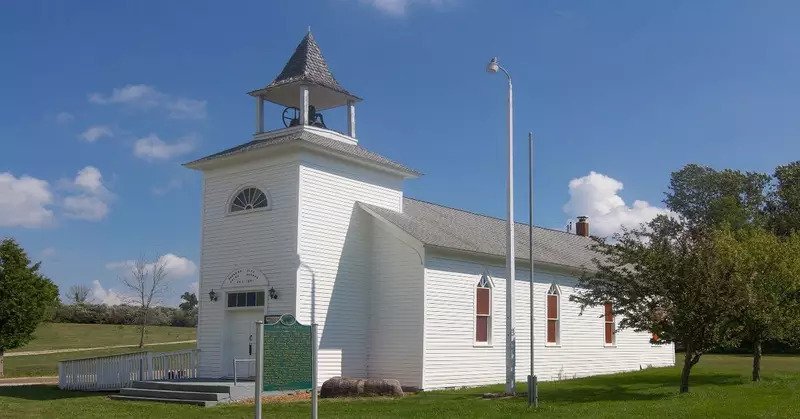 The denomination is defined as a class, group, or society of individuals, called by the same name. Church denomination is a group of a religious organizations that have the same beliefs and are faithful to their faith. There are over 40,000 different Christian denominations, however, research has shown that there are three main branches: Catholic, Orthodox, and Protestant. 50% make up the Catholics believers, 39% are Protestants and 11% make up the Orthodox believers.

The nondenominational churches are formed by pastors and clergymen, they operate on a standard and unique system. They establish these churches to practice a unique standard of Christian worship.

As earlier stated these churches were formed by individuals to have a unique Christian practice.

Below are some nondenominational churches;

This church has a common belief with the Churches of Christ, they also make use of instruments during worship. They believe in the restoration of Christian practices and also support the teaching of Christ.

These groups is district in their beliefs, the bible is always their source of faith and beliefs. Their baptism is usually at the adult stage and they’re ruled by some nominated church leaders. The church of Christ also has weekly services and practices weekly Communion service. Their most unique practices include their special way of worship and singing which is done by the acapella choristers.

Hope Haven was established in Iowa in the year 1964, they are concerned with assisting people. Their goal is to help the disabled. They assist the disabled and less privileged

ALSO, READ The Joy of the Lord is My Strength

Advantages and disadvantage of Non-Denominational Churches

The idea of becoming independent might lead to self-righteousness and the formation of personal beliefs and faith that suit their way of life. Compromising Christ’s teaching is likely to occur.

This makes it easier for people to stray from the standard Christian practice and adapt to the present worldly style of worship.

This category of churches is more likely to switch to the modern way of worship that doesn’t conform to Christ’s teaching.

They might fall off track when it comes to religious standards and principles, unlike other denominations. The disparity of Christian brethren leads to confusion and segregation in terms of theological practice and interpretations including how they view things religiously.

Boston University theology scholar, Stephen Prothero speaks against non denominationalism. It says that they tend to neglect the main purpose of theological and religious practices which brought about the unity that exists among Christians.

Scriptures that talk about non-denominational churches

And they devoted themselves to the apostles’ teaching and the fellowship, to the breaking of bread and the prayers.

All Scripture is breathed out by God and profitable for teaching, for reproof, for correction, and for training in righteousness,

John answered, “Master, we saw someone casting out demons in your name, and we tried to stop him, because he does not follow with us.” But Jesus said to him, “Do not stop him, for the one who is not against you is for you

Now when Jesus learned that the Pharisees had heard that Jesus was making and baptizing more disciples than John (although Jesus himself did not baptize, but only his disciples), he left Judea and departed again for Galilee. And he had to pass through Samaria. So he came to a town of Samaria called Sychar, near the field that Jacob had given to his son Joseph.

And I tell you, you are Peter, and on this rock I will build my church, and the gates of hell shall not prevail against it.

When the Spirit of truth comes, he will guide you into all the truth, for he will not speak on his own authority, but whatever he hears he will speak, and he will declare to you the things that are to come.