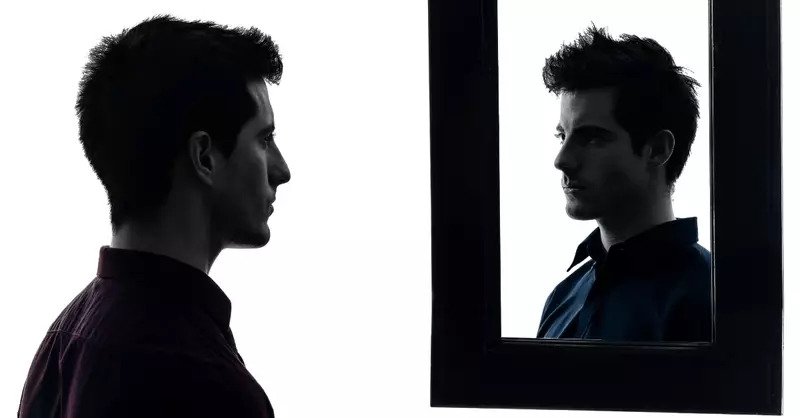 The word narcissism is not in the Bible, but different verses in the bible caution us against self-centered and possessive people. A narcissist is a person who values himself/herself more than every other person. A narcissist is full of egoism and pride. One who shows extreme love and admiration for oneself.

They feel on top of the world and believe they are so perfect and no one else matters. Narcissists adore themselves.

Narcissism is a specific term used in psychology to describe someone who loves to dominate and is possessive. It’s a Greek word coined from the name of the mythological “Narcissus,” who loved his image dearly and was condemned to death because he refused to desist from it.

A narcissist is someone who portrays an extreme level of self-centeredness, egoism, vanity, and possessiveness. They care less for others, empathy is not in their dictionary, they only value their thoughts and think of themselves alone.

In psychology, narcissism is a broad spectrum of medical conditions which range from normal to pathological.

In Romans 5:12, the bible made us to understand that, as by one man sin entered into the world, and death by sin; and so death passed upon all men, for that all have sinned.

The phrase “human nature” known by man is what the Bible calls “The flesh”  (Galatians 5:19-21). A part of man’s sinful nature is selfish desires. This reflects also on egocentrism. Narcissism is like egocentrism because they still relate to the world as if they are kids who have little or no idea on how to care for people. An idea that depicts self-development and relationships.

Biblically this act comes from being proud and it’s very sinful. (Proverbs 16:18).”Pride goes before destruction and a haughty spirit before fall.” This admonishes us to look out for other people’s interests and not just ours alone, apparently, a narcissist constantly goes against this advice.

Pride makes alot of people feel they don’t need a hero or to be forgiven. Pride makes a narcissist feel that they are nice people and have a good heart. It makes them overlook the gravity of sin, they never see the reason to be accountable for their mistakes and errors.

Narcissism (pride) disguises sin, but the word of God tells us the reality of sin and why we should be remorseful. Narcissistic behavior is a trait one should not be proud of because it damages human nature and makes one manipulate others just to achieve their selfish desires. (2 Timothy 3:2).

For men shall be lovers of their own selves, covetous, boasters, proud, blasphemers, disobedient to parents, unthankful and unholy.

The scripture talks about our issues associated with narcissism as part of our sinful natural self (Romans 7:5). We remain slaves to sin until we reconcile with God, who is the redeemer and delivers all from captivity (Romans 7:14-25; John 8:34-36).

So a true believer is sanctified in Christ Jesus. In other words, a Christain should totally surrender to God, so as to become selfless and not concerned about self.

The consecration process makes one selfless eliminating the narcissistic trait because you are new in Christ.

Everyone is almost a narcissist until they eventually learn how to control it or do away with it and get along with Christ and die to flesh embracing the uniqueness of salvation.

Jesus helps us to overcome the spirit of narcism when we embrace him sincerely. A believer is meant to love others without reservation.

The Nine behavioral features of a Narcissist

1. Has a pretentious act of self significance (an example is overrating accomplishment and talents or gift, expecting to be acknowledged without any known achievement).

3. They consider that they are the best and should relate with the elite only in the society.

5. Being possessive (assuming everything is theirs or should be their own and be allotted the best share).

6. Exploits people (they take advantage of others to get what they want).

7. Have no empathy: rarely feels other peoples’ pain or have others’ interest at heart, they only think of themselves.

8. Possess a jealous Spirit and think others are envious of them.

The bible disregards the idea of magnifying oneself and possessing a self-centered attitude. The bible describes  Narcissists as:

1.They only love themselves

These people admire themselves a lot, they take their time and spend alot of money to look good so as to get enough admiration. They believe they are better than others and should be given preferential treatment, and they expect to get everything they want without working it.

2. They are unnecessarily pompous and boastful

The fact that they have achieved something at all makes them feel on top of the world.

They want to be admired and applauded for every achievement. A narcissist is always boastful and disregards other peoples’ success because to them, they are the only ones to be seen and heard.

3. They are perverts and violent

Narcissistic traits also include violence and misuse of values. They are usually cruel, mistreat people and treat them less of a human.

They never value people and will always hurt their feelings without being remorseful of what they did. Narcissistic intentionally break others emotionally and physically and care less about their actions because they are so carried away by what they are after.

4. They are Unrighteous (Sinful), Rash, and mischievous

They are unrighteous, their attitude never aligns with the word of God. They don’t respect God or obey his commandments, they assume to be God themselves and will always be around people who support their evil act.

Even when they are wrong, they expect others to cover up for them and also see them as perfect people. and are full-time manipulators.

Narcissists are very ridiculous people, they can frustrate you and make you lose your self-worth.

True love is not their thing, if at all they show love is with the aim of exploiting that person. All they are after is what they can get from people. They are ready to drain you until you have nothing left and will end up pushing you aside like a thrash.

6. They do not forgive

A narcissist will expect to be forgiven but they never forgive those that offend them. They keep a list of the wrongs others have done to them, just to get back at them someday. They always find fault and are easily offended at the slightest Mistake. They have a very strong unforgiving spirit.

Narcissism is not a good trait, if you are friends with such a person, it’s better you avoid them or recommend a psychologist for them.

You can’t change them by yourself, they can only be taught how to desist from their attitude by a competent psychologist through various counseling and some therapy.

The more you try to work on them the weaker you become and you will end up wasting your time and getting frustrated in the process.

FOR ME TO LIVE IS CHRIST
Can We Go To Heaven With Tattoos?
To Top
%d bloggers like this: