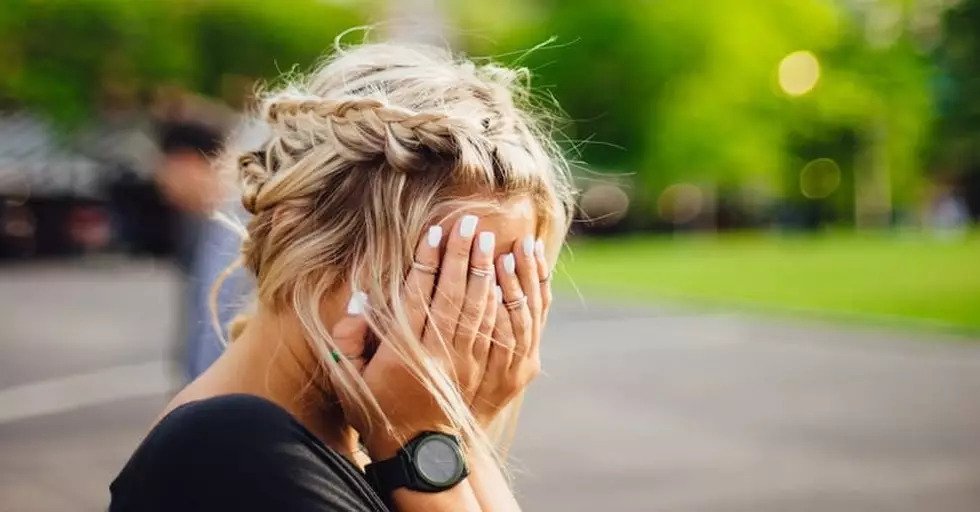 What is the Unforgivable sin? – This question has been a bone of contention among Christians. They argue about this often and they are yet to be satisfied with the answers they get.

The unforgivable sin is also known as the unpardonable sin caused an intricated theological problem, but Jesus only tried to pass a very simple message.

Alot of Christians are still not convinced by what the bible says about the unforgivable sin.

Some ask if there is any sin that is unforgivable. While others ask why is it an unforgivable sin since Christ came to die for our sins and make us free?

This becomes a controversial statement because they seem not to understand why sin should be unforgivable even when one has confessed his/her sin, ask for forgiveness and repent from that evil.

Since Christ has assured us forgiveness when we plead for his mercy.

If you are reading this article I believe you are also confused and you want to be cleared on this, just keep reading why I unravel the facts about the unforgivable sin.

The facts about the unforgivable sin are found in three different contexts of the bible referred to as “The synoptic gospels” because they have corresponding written text. These important verses are found in Mark 3:28-30, Matthew 12:30-32, and Luke 12:8-10 respectively.

Mark 3:28-30 says “Truly, I say to you, all sins will be forgiven the children of man, and whatever blasphemies they utter, but whoever blasphemes against the Holy Spirit never has forgiveness, but is guilty of an eternal sin’ for they were saying, ‘He has an unclean spirit.”

Luke 12:8-10 says “I tell you, everyone who confesses Me before men, the Son of Man will also confess him before the angels of God. But whoever denies Me before men will be denied before the angels of God. And everyone who speaks a word against the Son of Man will be forgiven, but whoever blasphemes against the Holy Spirit will not be forgiven.”

How believers understand the unforgivable sin

Believers have always debated about this statement in the bible since they have to be written to caution Christians to stop committing the unforgivable sin.

In this part, we will take a general view of how some theologians view the unforgivable sin

“What now is it that He affirms?

Many things have ye spoken against me; that I am a deceiver, an adversary of God. These things I forgive you on your repentance, and exact no penalty of you; but blasphemy against the Spirit shall not be forgiven, no, not to those who repent.

And how can this be right? For even this was forgiven upon repentance. Many at least of those who said these words believed afterward and all was forgiven them.

What is it then that He says? That this sin is above all things unpardonable. Why so? Because Himself indeed they knew not, who He might be, but of the Spirit, they received ample experience. For the prophets also by the Spirit said whatever they said, and indeed all in the Old Testament had a very high notion of Him.”

“What He says, then, is this: Be it so: you are offended at me, because of the flesh with which I am encompassed: can you say of the Spirit also, We know it not? And therefore is your blasphemy unpardonable, and both here and hereafter shall you suffer punishment.

For many indeed have been punished here only (as he who had committed fornication, as they who partook unworthily of the mysteries, among the Corinthians); but you, both here and hereafter.”

ALSO, READ Can we go to heaven with tattoos?

“It is unrepentance that is a blasphemy against the Spirit.”

“But that blasphemy of the Spirit Himself, whereby in an impenitent heart resistance is made to this so great gift of God even to the end of this present life, shall not be forgiven.

For though a man so oppose himself to the truth, as to resist God speaking, not in the Prophets, but in His Only Son (since for our sakes He was pleased that He should be the Son of Man, that He might speak to us in Him), yet shall he be forgiven when in repentance he shall have recourse to the goodness of God, who forasmuch as He wills not the death of the wicked, but rather that he should turn from his way and live, has given the Holy Spirit to His Church, that whosoever forgives sins in the Spirit, they should be forgiven.”

“There are two kinds of blasphemy. First, there is active blasphemy when we consciously and intentionally look for reasons to blaspheme…

But second, there is passive blasphemy, when the devil introduces such perverse thoughts into our heads against our will and in spite of our struggle against them. By means of these thoughts, God wishes to occupy us so that we don’t get lazy and snore, but fight against them and pray.”

John Calvin believed that one only commits the unforgivable sin  “only when you intentionally try to abolish the holy spirit.”

“The Master… declares,”That every other sin can be forgiven but the sin against the holy spirit is blasphemy and can’t be forgiven.” ‘not in this world or in the world to come,’ (Mt. 12:31; Luke 12:10) Therefore, no sin is denied forgiveness which coming from intense violence can’t be referred to as uncleanliness and obviously shows that the guilty person is possessed by the devil.

“There is no sin peculiar to reprobates but the sin against the Holy Ghost. Do you read of any other in the word of God? And if you do not read of any there, what ground have you to think any such thing? What other rule have we, by which to judge of such matters, but the divine word? If we venture to go beyond that, we shall be miserable in the dark. When we pretend to go further in our determinations than the word of God, Satan takes us up, and leads us.”

“It seems to you that such sins are peculiar to the reprobate, and such as God never forgives. But what reason can you give for it, if you have no word of God to reveal it? Is it because you cannot see how the mercy of God is sufficient to pardon, or the blood of Christ to cleanse from such presumptuous sins? If so, it is because you never yet saw how great the mercy of God is; you never saw the sufficiency of the blood of Christ, and you know not how far the virtue of it extends. Some elect persons have been guilty of all manner of sins, except the sin against the Holy Ghost; and unless you have been guilty of this, you have not been guilty of any that are peculiar to reprobates.”

What do these passages mean?

This will be useful at this moment to apply the ideas of these Christian theologians from our Christian birthright to extract meaning from these wonderful chapters of the Scripture.

5 Things You Need to Know about the Unforgivable Sin

1. Jesus mentions the unforgivable sin in the gospel of Mark.

Jesus christ resolved this argument in Mark 3:20-30, a verse that says  “Assuredly, I say to you, all sins will be forgiven the sons of men, and whatever blasphemies they may utter; but he who blasphemes against the Holy Spirit never has forgiveness, but is subject to eternal condemnation” (Mark 3:28-29). This is one of the verses that is quoted first when this argument ensues.

To correctly understand the unforgivable sin, you have to look at the last phrase.

Look deeply at Jesus last statement in verses 28-30: OF mark 3 “‘Assuredly, I say to you, all sins will be forgiven the sons of men, and whatever blasphemies they may utter; but he who blasphemes against the Holy Spirit never has forgiveness, but is subject to eternal condemnation,’ because they said, ‘He has an unclean spirit.’”

This particular verse has really caused serious arguments among Christians. To get the exact meaning, let’s start with the last phrase, which tells us why he made this statement.

Jesus made this statement because some people accused him of being possessed by an unclean spirit (verse 22). In other words, he was addressing them to be careful of what they say and the sin they commit because there is a sin that is unpardonable.”

2. The unforgivable sin is not a thoughtless mistake.

Some might think this sin can be committed unconsciously but the honest truth is the unforgivable sin is not something you commit randomly without you knowing.

The scribes did not just commit the sin randomly. If you follow up with the references in the book of Mark you will observe that there is a sequence to their unbelief. Initially, they were curious about Jesus and his ministry.

They had doubts about Jesus, with time they became ruthless, violent, and diabolic and as time went on they began to mastermind against him which led to Jesus being crucified

3. It shows us that progressive rejection can be the most dangerous.

When we are convicted of our sin by God, it’s disastrous to overlook it, especially when we begin to procrastinate alot. We keep resisting. After sometimes we can become so hardened at heart and carefree about sin, we become addicted to sin. We Don’t receive the truth, we ignore the sins we commit without feeling remorseful, we care less about how God feels about it.

4. We can be hardened to spiritual truth by living in the middle of it.

Most times we can become used to the word of God and his teachings, that we commonize it and careless of what we are doing. We begin to practice self-righteousness and feel we are always right even when we are wrong. This was what happened among the scribes they got used to the word of God and failed to realize Jesus when he came, rather they accused Jesus of being a fake prophet.

It’s the Holy Spirit that is the deity of Christ. So, if you refused to receive the ministry of the holy spirit or refer to his ministry as that of the devil, you miss the opportunity to be redeemed. You must believe and accept Jesus as your Lord and savior.

ALSO, READ What Does The Bible Say About Narcissism?

Can We Go To Heaven With Tattoos?
What Does The Bible Says About Depression
To Top
%d bloggers like this: